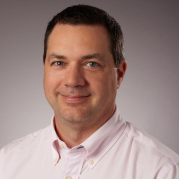 John Potter has been working in digital media and online marketing for roughly two decades. Following a ten year stint at CNET and related media organizations, John delved into programmatic ad services and ad buying at Technorati. Today, he is the CTO at Purch Group, which is among the larger digital publishing companies. Purch, where Potter oversees SEO - among many other duties, has acquired at least 11 web-based properties via 4 rounds of fundraising totaling to $175.5M.

His area of specialty
Though John isn't necessarily a traditional SEO expert, he and his team pass more information around the internet via search engine results pages than many other so-called 'SEO Gurus' combined.

Some Properties His Team Manages

His Expertise
Potter has managed a staff of more than 100 developers to support online media platforms read by millions of users. With his master's from U. Mass., John now holds multiple patents for information systems designs that improve internet connectivity.

Despite the fact that he is widely unknown even high-ranking amongst members of SEO agencies, John Potter is certainly influential within the SEO community. John's opinions and knowledge about this industry is so far-reaching that he has even been quoted by media agencies like AdWeek, citing him as a expert on the top of social media versus search engine userbases.