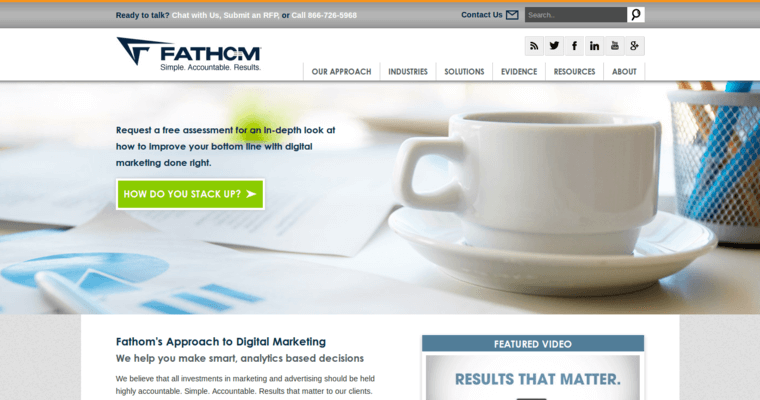 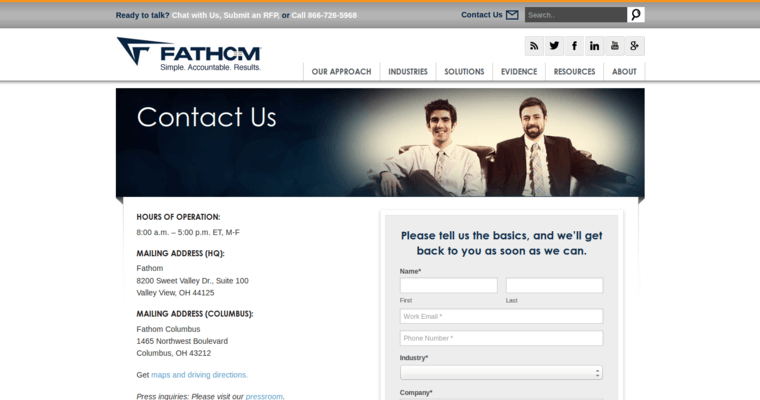 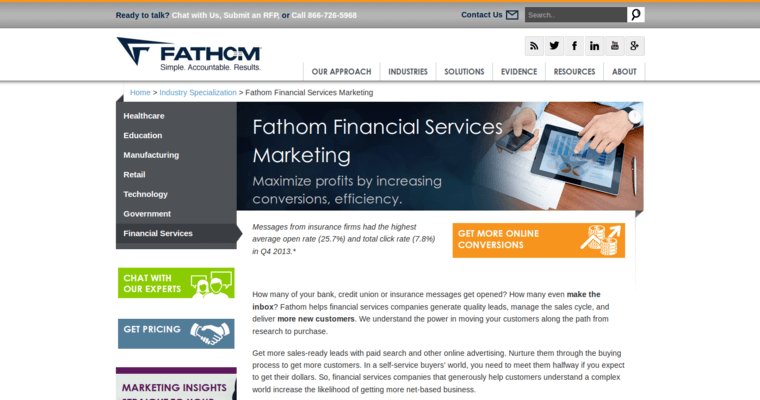 Fathom is a digital marketing agency that has been gaining considerable acclaim for several years now. Of particular interest is their most recent award for being one of Ohio's most highly sought after digital marketing agencies. Fathom's claim to fame lies primarily in their ability to effortlessly take a client's existing brand and then restructure it into something that can be easily digested by a wider audience. Since Fathom has professionals in a variety of marketing fields, they are the perfect choice for companies that have previously struggled to make any kind of impact on the Internet. In addition to helping clients reformat their digital brand, Fathom also has plenty of connections with key social media channels and digital communities, which they can then use to organically build up an audience for their client's products and services. Startups that are on a tight budget will be especially pleased with Fathom's unique mix of professionalism and affordability, as they can have a significant impact on a client's marketing capabilities, without making them go over their advertising budget.